“Humanalaya”, The HR Club of SIBM Hyderabad organized its first event of the season, HR PEDIA! An exemplary event with three exciting rounds was conducted on 16th August 2017 at 06:00 PM. The event was designed to test the mettle of the participants in the area of Human Resources, Organizational Behavior and General Management. The promotion of HR PEDIA started from 11th August 2017 and the registration closed on 14th August 2017. Ten teams had registered, out of which eight teams took part in the event. The team size was kept as four to five members per team that engaged in three rounds of HR PEDIA, namely, Crosswords, Nautanki and Rapid Fire.

In the first round of HR PEDIA i.e. Crosswords, each team was given one crossword puzzle to solve. The time limit within which each team had to complete the crossword puzzle was given as 10 minutes. The rules were designed in such a way that for every correct answer one mark was awarded to the respective team. For every wrong answer, one third marks were deducted and for every unanswered question, no marks were awarded to the respective team. For every minute taken by the team exceeding the dedicated time, half marks were deducted.

Nautanki was a Role Play round where each team projected its acting skills within the defined time frame. All the teams were given “The Grievance Redressal Cell” as the topic for the role play. The preparation time allotted to all the teams was 15 minutes and 10 minutes was given to each team for enacting the play. All the teams performed brilliantly and were judged on parameters like content, creativity, clarity of expression and adherence to time. It was spellbinding to see the talent that was portrayed on the stage. For the second round, it was our privilege to have Mr. Vivek Aditya (President: Students’ Council), Mr. Waseem Omar Khan (Vice President: Students’ Council) and Ms. Meghna Matthai (Students’ Co-ordinator: Academics) to judge the performance of all the teams on the basis of above parameters.

The third round of HR PEDIA, Rapid Fire not only tested the knowledge of the participants but also intricately kept a check on their time management skills. 10 questions were asked to each team in 100 seconds. For every correct answer, one mark was awarded to the team. For every wrong answer, one third marks were deducted from the team score. For every unanswered question, no marks were awarded. If in case there was buffer time left with the respective teams, another chance was given to them to attempt the unanswered question. 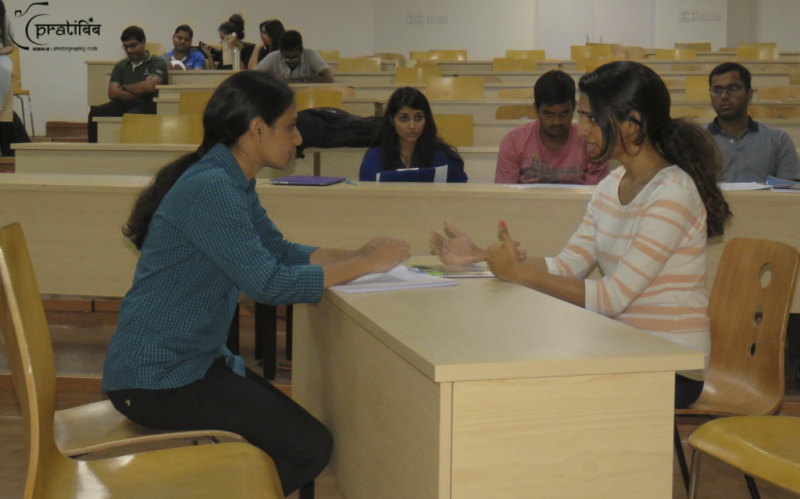 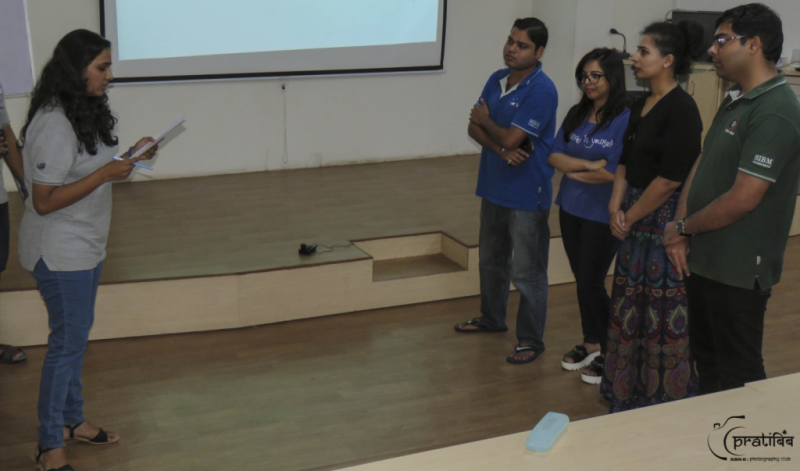 On the day of the event, Mr. Prannoy R welcomed all the participants and judges and started the event with the first round of Crossword Puzzle. For each team, the respective POCs assigned were: Ms. Ananya Rawat, Ms. Rukmini Tata, Ms. Amantha Adari, Ms. Shreya Singh, Ms. Poonam Dubey,Ms. Rajlakshmi, Mr. Achal Shah and Mr. Amudhan A. The scoring team included Mr. Akshat Bhargava and Ms. Aparna L. Mr. Achal Shah kept track of time allotted for each round. A skit was performed before the second round, by Mr. Achal Shah, Mr. Amudhan A and Ms. Rajlakshmi. The compeering of the second round of Nautanki was done by Ms. Rukmini Tata. For the third round of Rapid Fire, Ms. Shireen Namjoshi, assisted by Mr. Prannoy R and Mr. Akshat Bhargava, asked pre-designed questions to each team within the allotted time. The Vote of Thanks was delivered by Mr. Prannoy R, who concluded one of the most engaging events of the season. The whole event was covered by the following members of Pratibimb (The Photography Club) : Mr. Rishi Kaul, Mr. Achal Shah and Mr. Sriharsha R.

The cumulative score of all the rounds for each team was taken into account and the results were announced the following day. The winners of HR PEDIA were as follows:

The runners up were as follows:

The total budget allotted for this event as approved by Dr. Rajkumar Pillay (Faculty Head: Constellation) is as follows: 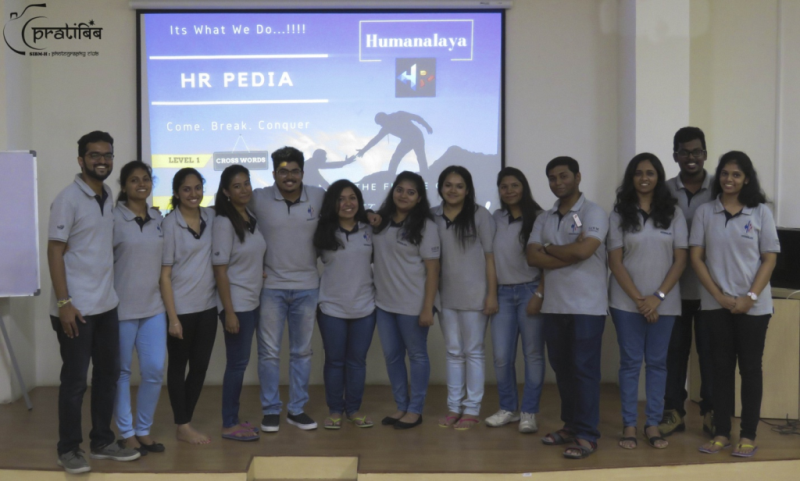 The whole event was successful because of the overwhelming response received and the enthusiasm that every team put forth for the event. Special thanks to the judges who witnessed the creativity of all the teams and selected the best of them. And last but not the least, thanks to each and every team member of Humanalaya, whose dedicated support made this event a marvelous and memorable one.