“Culture is the set of distinctive spiritual, material, intellectual and emotional features of society or a social group, that encompasses, not only art and literature, but lifestyles, ways of living together, value systems, traditions and beliefs”

A guest lecture on "Culture Profile of Different Countries in Cross Cultural Management" was arranged as the part of the course Cross Culture Management on 18th August, 2020 for the students of Human Resources batch of 2019-21. The lecture was conducted by Prof. Ved Srinivas on a virtual platform of Microsoft Teams. 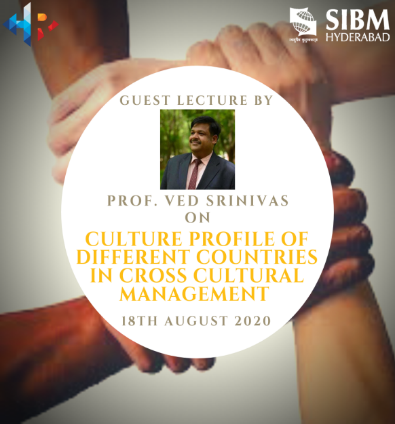 Prof. Ved Srinivas is an Assistant Professor of Public Policy in Thiagarajar School of Management, Madurai, Tamil Nadu. He is currently pursuing Ph.D. in the area of Human Resources / Organizational Behaviour from Bharathiar University, Coimbatore, Tamil Nadu. He has more than 7 years of teaching & industry experience. He has completed his MBA from Symbiosis International University and also holds a Masters of Arts in International Relations from Annamalai University. He is instrumental in setting up the Department of Public Policy in his institute and in this endeavor, he has designed new courses on Business, Government and Society (BGS) and Public Policy and Management (PPM).

Prof. Ved Srinivas started the session with the definition of the culture given by UNESCO and the concept of Culture Profile. He shared an interesting success story of Singapore-about how the nation engulfed with the problems of food and water, became the trade center of the world. He emphasized on how the people of Singapore who majorly belonged to Chinese, Malay and Tamilian culture created their own cultural identity and became economically successful. He also shared about the concept of Geographical Realm, which is the overall grouping of the countries to understand the profiles of the country. These realms are helpful to understand the homogeneity and heterogeneity in the cultures of a nation.

Prof. Ved Srinivas shared his ideas on how different nations across the world were able to sell their cultural ideas and have created their unique identities. He spoke about Swiss Meadows, an idea of branding the nation around meadows and building their economy on the basis of the institutions that do not pollute the ecosystem. For e.g.- Banking, Watch production. He also gave spoke on, how Canada has built itself as a multicultural nation and have still given equal respect to the natives. It was shown in the cultural profile of Canada as, the nation ready to welcome everyone and not ask the immigrants to assimilate in their native culture. The case of Japan was also discussed in the session, wherein the primary points focused were about how the work culture of Japan, which once fueled the engine of growth for the country, is now proving to be toxic as there have been deaths due to overworking, which has a term used in the country, “Karoshi” A video on ‘Why Does Japan Work So Hard’ published by CNBC was shown in the lecture.

The highlights of the lecture were the personal experiences shared by Prof. Ved Srinivas and the students regarding the different cultures they have come across. He connected those experiences with the concepts such as Acculturation and Human Geography making them easy for participants to understand. He also shared some of the nuances of different countries from his experience, proving to be a great source of learning to the students.

Concepts covered in the Lecture:- 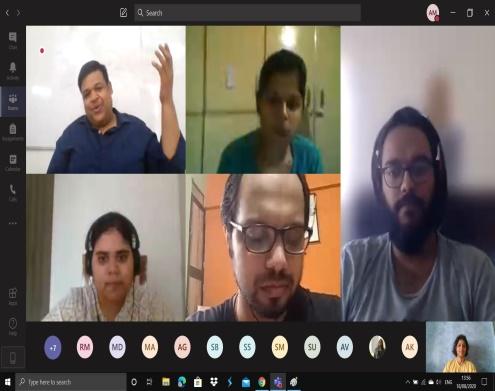 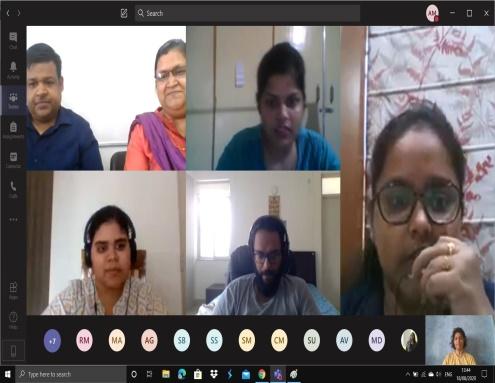 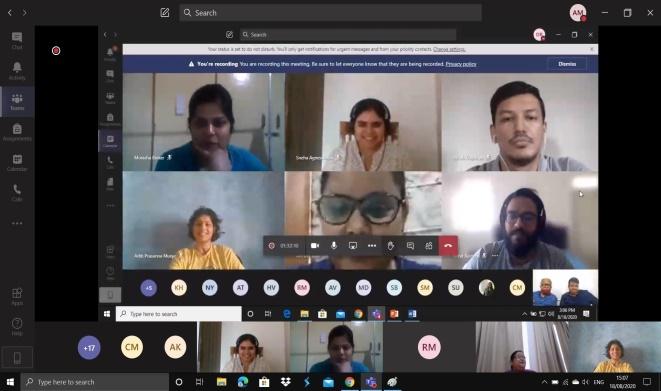