Objective: The event’s purpose was to host Ethnic Day for both the batches of MBA and highlight the essence of Indian traditions through cultural performances and games.

Outcome: Understanding the beauty of Indian culture, Team Mélange set the bar higher than its predecessors in bringing out the festive spirit and watching the magic of traditions come alive. The event closed with the announcement of Mr. and Miss. Best Dressed. 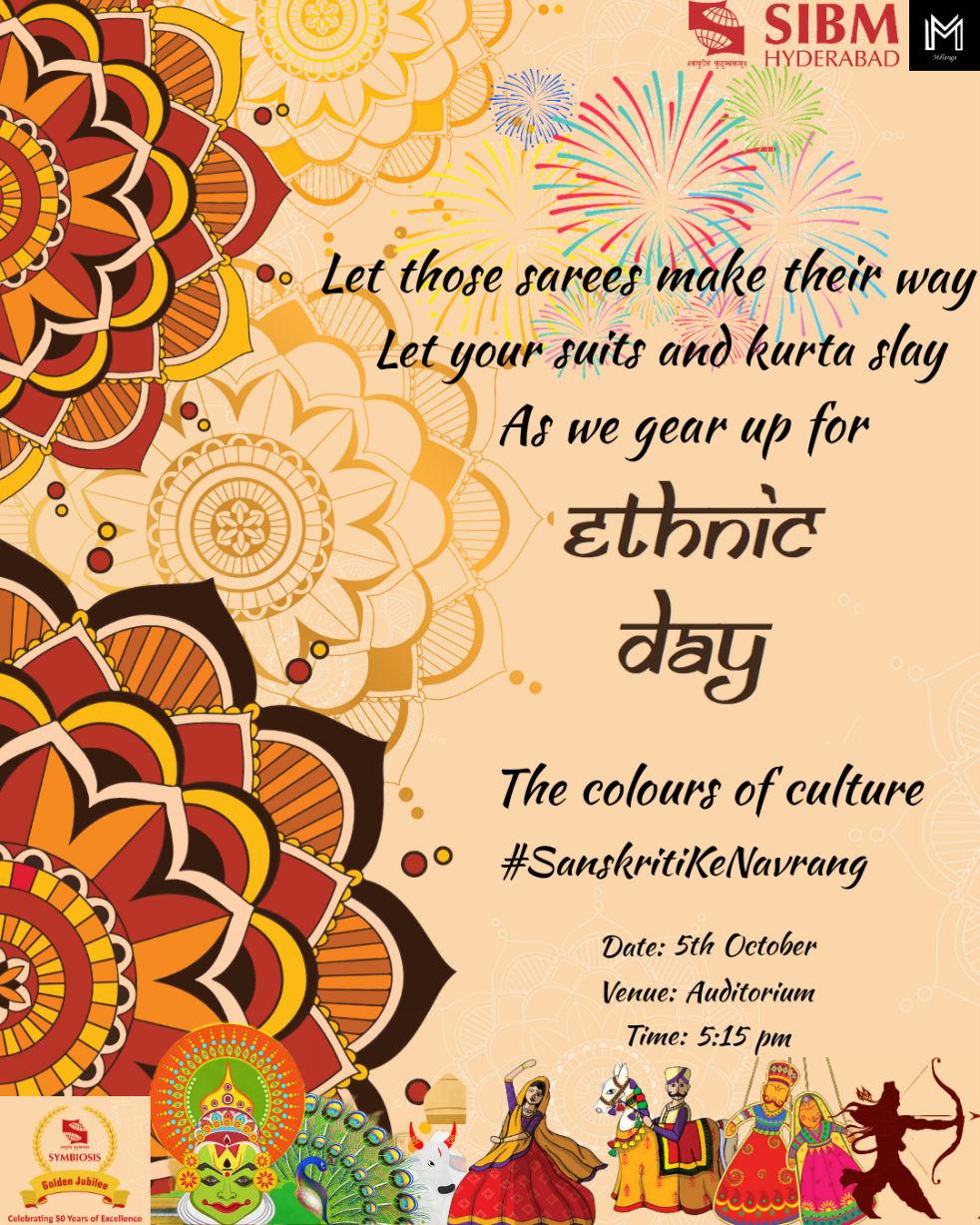 Poster for the event

To celebrate the occasion of Dussehra for both batches, Mélange – The Organizing Committee of SIBM, Hyderabad, hosted “Ethnic Day 2022” on 5th October 2022. The event was conducted inside the auditorium of SIBM, Hyderabad. It started at 5:45 pm and finished on schedule at 8:45 pm.

The event started with an amazing dance performance by Team Vibe, the dance vertical of Antardhwani – The Cultural Club of SIBM, Hyderabad, which left the entire audience dancing along with the performers. The performance included dance forms from all four corners of the country and highlighted our connection with each other through dance. 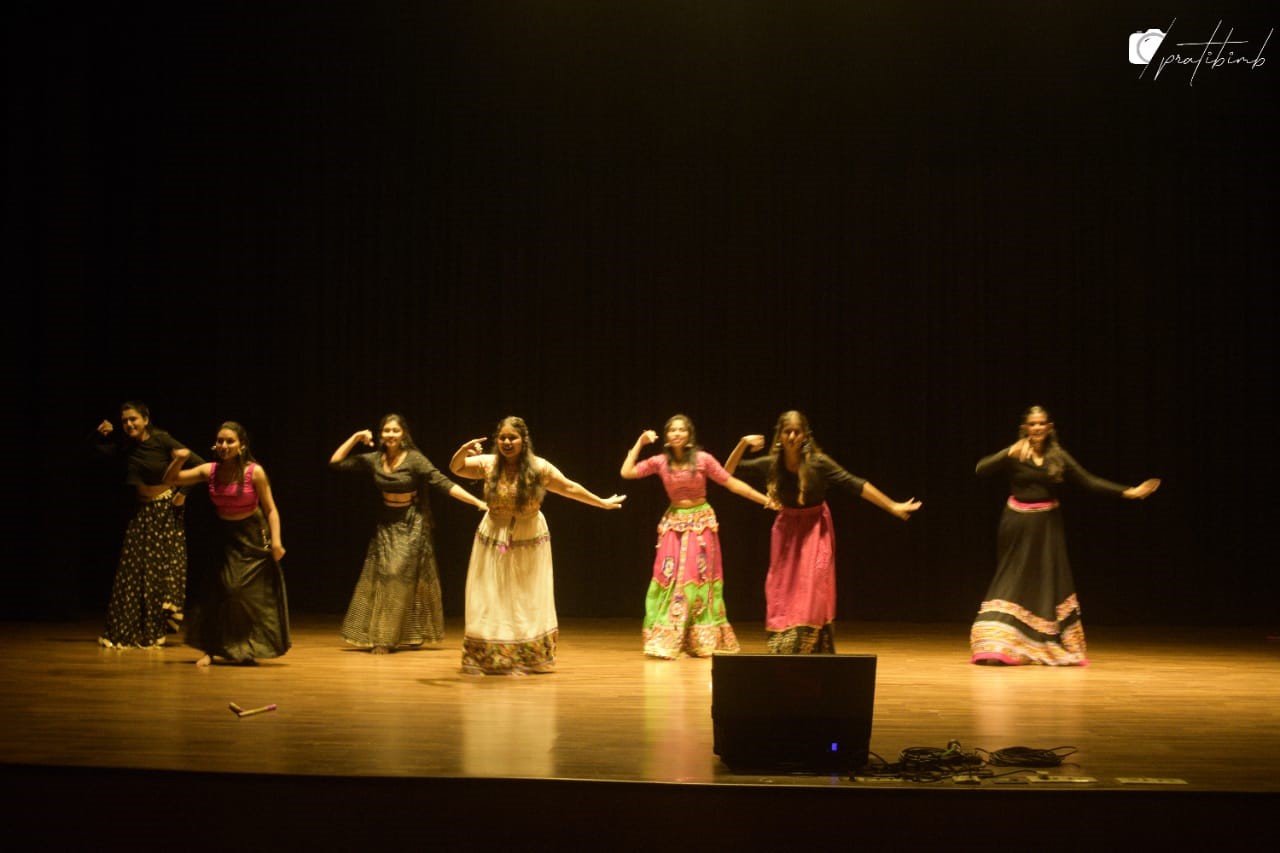 Next, an engaging fun game was conducted called “Kya Bak Raha Hai Be!” where two volunteers were called up on stage at a time and asked to say something in their regional language. At the same time, the other person had to interpret and respond in their respective language.

The elated audience was then set to be serenaded by the angelic voices of Team Aaroh, the music vertical of Antardhwani. It was a nostalgic throwback to the Golden Era of retro Indian music. It was followed by a mesmerizing tribute to the legendary late S.P. Balasubrahmanyam by our very own Mr. Mohammed Anees. 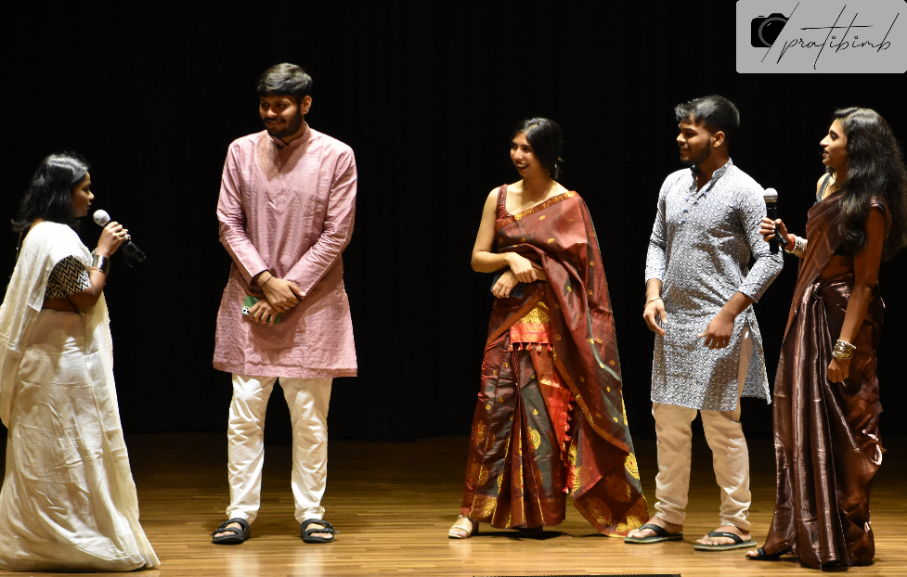 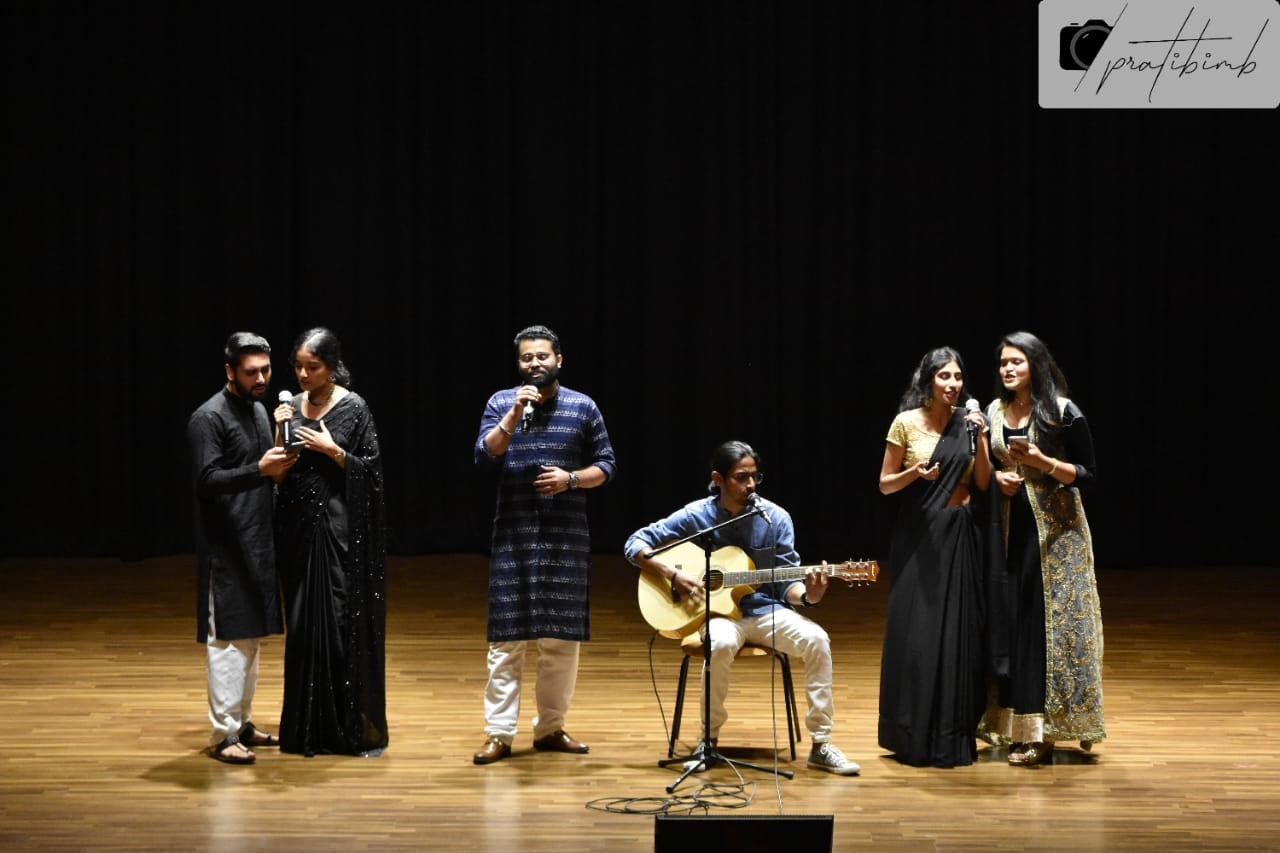 Next up was the most awaited game of the evening, “Block and Tackle,” where volunteers were called in teams of three to the stage and had to engage in a game of inter-regional face-off. To make it even more fun, the hosts switched the allotted teams at random moments. After this interesting game, it was the moment for which everybody was waiting– the showcase for Mr. and Miss. Best Dressed. All the participants were paired up to walk down the ramp and dazzle the audience. Based on an online poll, Mr. Ramanathan Anantharaman and Ms. Shivangi Shaw were declared “The Best Dressed” and called to grace the stage once more as winners. 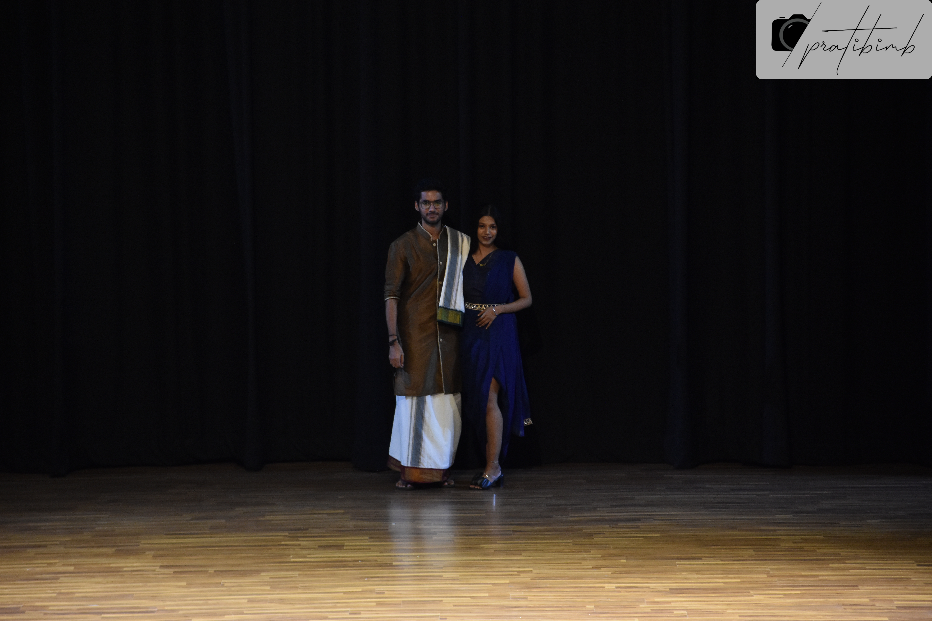 After a tear-jerking poetry recital by Mr. Vedant Badaya, the evening was brought to a glamorous end by an enthralling performance by none other than Team Panache, the fashion vertical of Antardhwani. With an occasion-appropriate theme of “Worshipping the Divine Goddess”, the performance called for the audience’s sheer adulation. 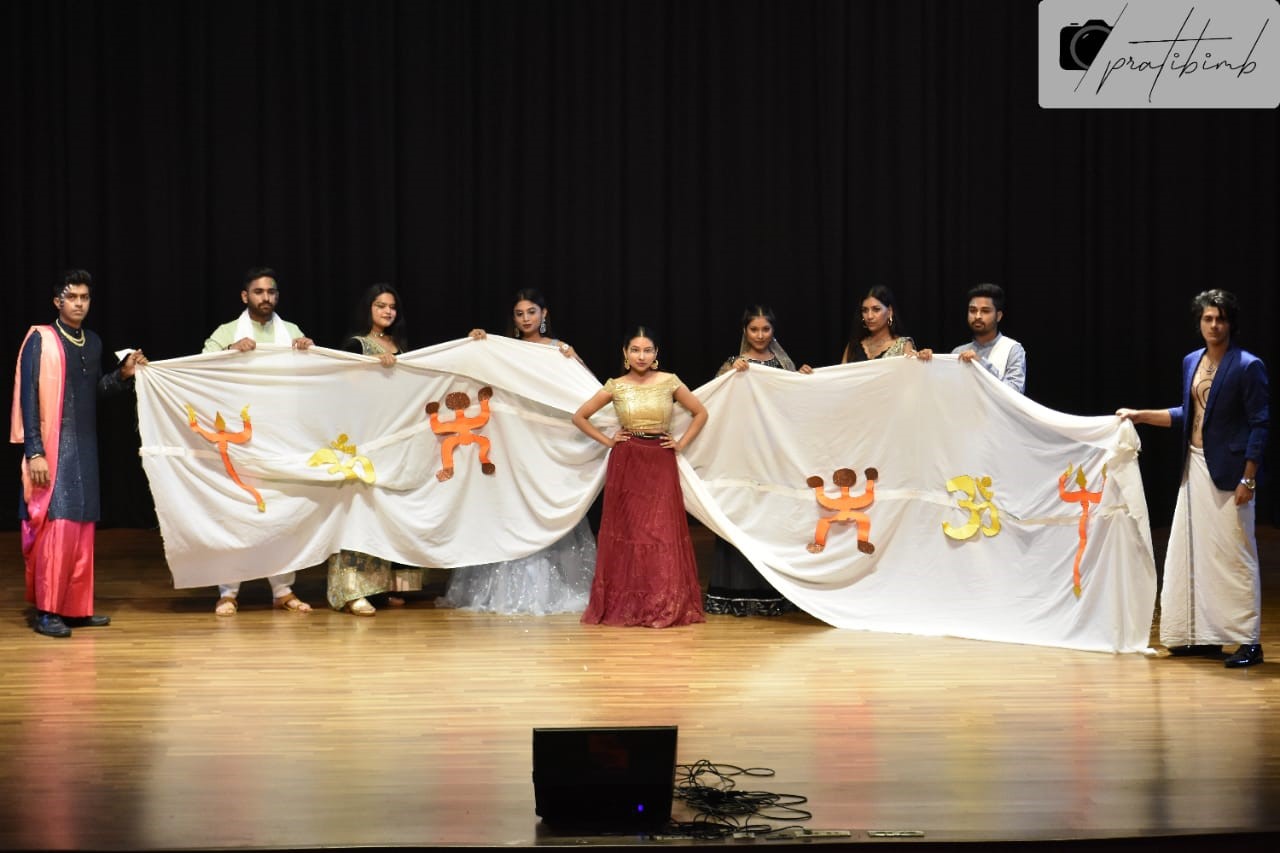 Overall, it was an extremely engaging and fun event, filled with awe and appreciation for our vivid culture. The event closed with a Vote of Thanks delivered by Mr. Nitesh Bharadwaj, Head, Mélange – The Organizing Committee.