Symbiosis they say means being together for mutual benefits and so it was at our very firstice breaking session where seniors and juniors together with million smiles on their faces and enthusiastic hearts came together to interact and have fun.

It was informative for all of us. This was then followed by a short question and answer round which helped all of us clearing their doubts of all aspects.

After this serious business came the most awaited part of the evening the merry making time.

The participants were divided into different random groups and icebreaking was doneamongst the groups as initially. The events that took place were as follows:

1.  Basic intro - The basic idea was to introduce everyone in the group with each other. For the same every group was assigned a volunteer who made pairs and each partner introduced the other and vice versa.

2.  Fact or Fiction? Everyone was supposed to tell verbally, THREE things about themselves which may not be known to the others in the group and should not be obvious too. Something funny too add up the spice. Two of them were supposed to be true and the third one false. Then all the group members took their turn to read out the three ‘facts’ about themselves and the rest of the group votes which are true and false. It was fun and full of surprises.

3.  Who’s shoe? In this game the group members were asked to stand in a circle and took off their footwear post which each one of them was supposed to select a pair and describe the person’s characteristics looking at the shoe only. Thus, a man could be judged by shoe. And the judgement itself was enough to bring out the crazy laughers.

4.  Crazy high 5- This game was as crazy as it sounds. Pick up two members from your respective group and create your own crazy creative high 5 and the craziest was chosen by the crowd with the loudest cheer “well, it is a fair valuation of a crazy game.” This amazing activity reached its climax with a draw which led to a tie breaker and final Siddhant Surana and Mritunjai Bisht from group 5 won with loudest hustle and bustle.

5.  Shop shouting- This was another activity where madness reached to its acme. In this game the groups competed with one another. A group was supposed to shout the name of the movie and another was supposed to guess it and the third group was to shout at the top of their voice so that the first group is not able to shout out the name of the movie and it gets difficult for the second group to guess it.

6.  Treasure hunt- This was the finale of the ice breaking session and the best was saved for the last. Even to qualify for this event the participants had to undergo three qualifying rounds. First- they had to run and roll around in a circle with a figure kept on a brick at its centre

Second- three legged race where a pair had to run with their legs tied to each other Third- Lemon race “how do we forget this”, it was simple just put a spoon- not a silver spoon, and a lemon on it, then walk like a model and reach the finishing line. This led to the main race of treasure hunt “it’s or version of the Amazing Race”. There were 7 groups playing for the ultimate glory of winning the treasure hunt. The rules were simple. Find four clues one after the other and the team to reach the finish line with all four clues solved, this was completed first by group 4 – they are tagged as the “Sherlock Holmes, Indi version” They received their just award by our Deputy Director- Dr B.R. Londhe and our New Campus Administrator- Venkat Sir 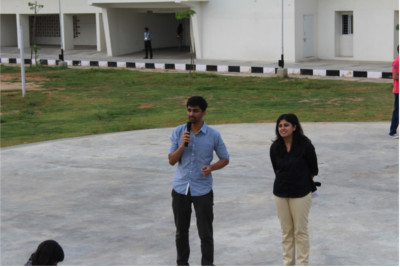 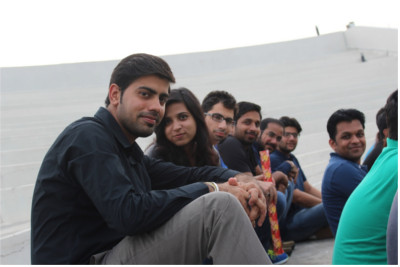 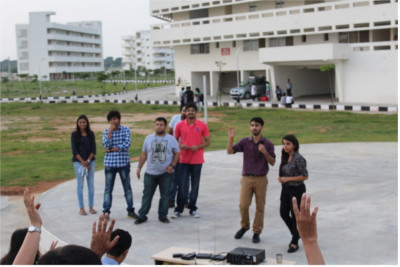 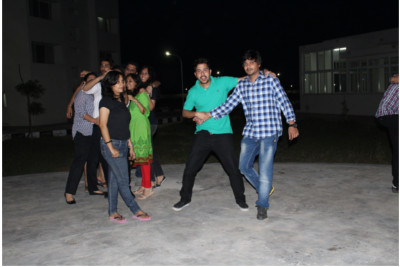 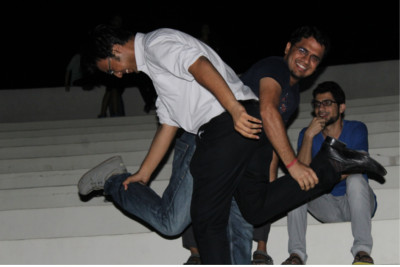 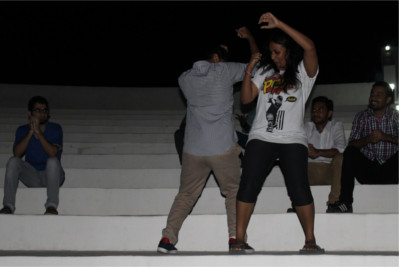 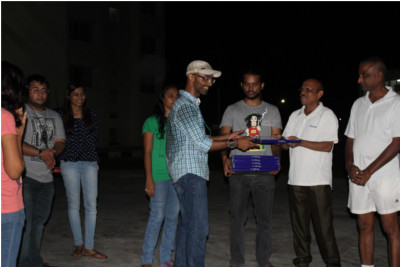 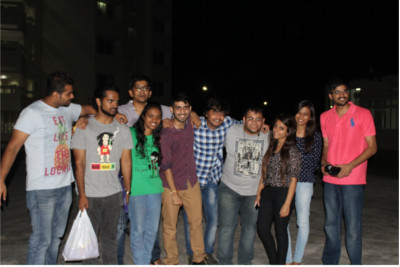