It wasn’t the usual morning sunrise in the Symbiosis hostels on 24th December 2015. While everybody was jogged up in their normal morning routine, we had a surprise visitor: Mr.Santa Clause! The Santa dashed into all the hostel rooms, catching the students by surprise. As if that was not enough, the Organizing Committee had come up with an out-of-the-box idea: Stuffing up Santa caps with chocolates and hanging the caps outside each room. 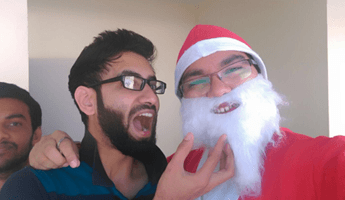 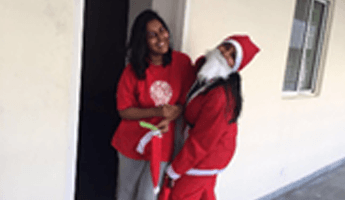 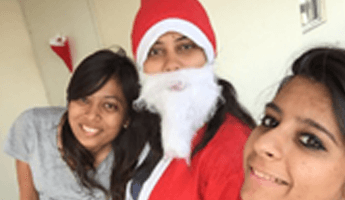 Students celebrating with Santa in their respective hostels

The students were seen donning the Santa cap around the campus. To make the day even more special, the Graffiti team had decorated the whole campus with posters and standees with the Christmas theme. The lunch time in the mess marked the cake-cutting. Many faculty members including the Directors of SIBM-H and SLS-H were present. And ofcourse, Santa made another dashing entry here too! 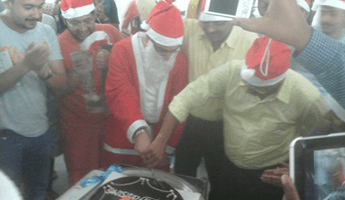 For the evening, students gathered at the amphitheatre and sang Christmas carols. Following this, the stage was left open for voluntary performances. The Christmas tree was decorated with colourful fairy-lights which caught the eyes of the students who clicked many selfies with the tree. The events of the whole day brought smiles across the faces of the students as the final rays of the day blurred out, they were relaxed and were in a festive mood as the following day a Christmas holiday. We would specially like to extend our heartfelt appreciation to the Organizing Committee who spent sleepless nights in planning and arranging this event and making it successful. 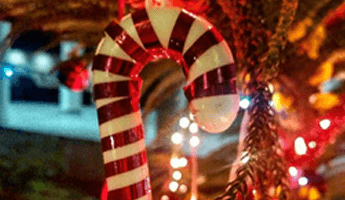 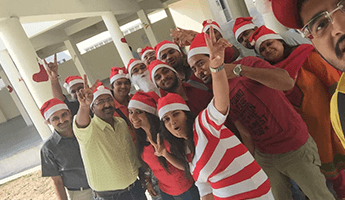 The ideology behind organising this event is to create an atmosphere of Christmas throughout the campus and make everyone indulge in its happiness and feel special.

Hence to achieve this it was decided not to have the regular dance/dramatic shows but rather something different this time.

1.We will begin by sticking caps with chocolates and a note inside them on the entrance of the rooms of each MBA student secretively when everybody goes off to sleep on 23rd night. The students will get a feel of Christmas when they wake up in the morning to this.

2. Lucky Draw: At the entrance of the mess a box with chits inside would be kept. All chits in this box would be plain white leaving 4-5 which would be red. The students who get lucky and pick out a red chit would get a gift at the end of the day.

3.Wake-walk by Santa: We plan to have two people (one boy and one girl) dress as Santa, who will take a round in the respective hostels in the morning with Christmas carols playing to wake the students up.

4.Surprise visit by Santa: There will be another surprise visit by the Santa’s at 12:40pm in the mess when students will be eating their lunch where he will distribute candies.

5.Cake Cutting: At the lunch time after the distribution of candies, the cake for Christmas would be cut by faculty along with students.

6.Christmas Carols: The day would be concluded with Christmas carols sung by a few students at the amphitheatre in the evening, immediately after the lectures.